Bike “Riding” and Smoothies in the Library 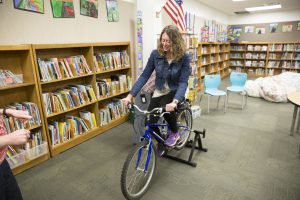 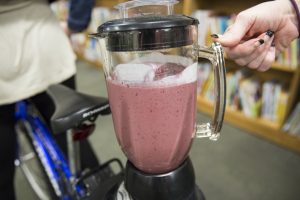 Nine brave souls gathered in the library to try smoothies made with spinach, and other healthy fruits and vegetables. 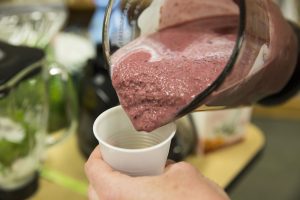 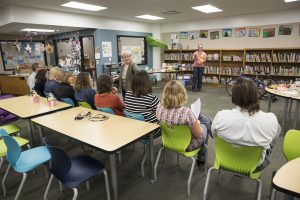 Mrs. Clark tried riding the smoothie-making bicycle with the blender on back. You’ll have to ask her about that. 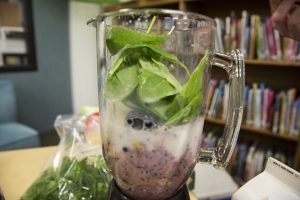 Some of the smoothies were tart.

But staff found when they added Almond Milk and bananas, the taste was sweeter. 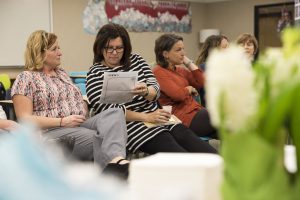 Everyone won a door prize. 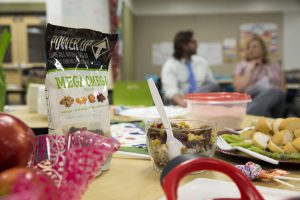