The downtown school’s team of 5-6-year-old teachers worked together to assemble the NGSS life science animal standards.  The team decided that a zoo animal project would be an appropriate topic in which to apply the standards.

The students chose an animal and researched them in order to become experts.  They also learned about zoo keeper’s jobs and how to assemble a zoo animal’s enclosure.  They created a 3-D representation of their animal in addition to a zoo enclosure which contained what that animal would need in order to survive and be happy.  Then they learned about the animal’s babies and added a baby animal to the enclosure.   They wrote about their animals and shared their learning and representations with their parents.  They also took their parents on a “zoo tour” of all the class created enclosures.  It was a celebration of learning for all! 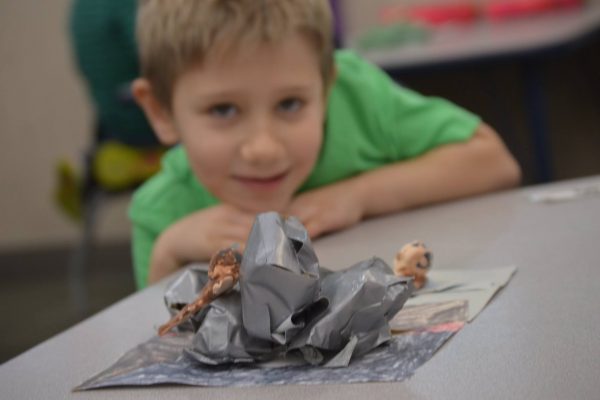