In what has become a tradition at The Downtown School, 5th graders were recognized at a special ceremony in the Central Campus auditorium.

More than 40 students took turns talking about why another student, who is also a friend, is special.  A few students also shared memories of their time at DTS. Principal Burnett expressed his sadness that the students were leaving and also the hope he has for their future.

Student names were read as the student crossed the stage, received a certificate from Mr. Burnett, and a medallion and hug from their teacher. Parent Jen Albright created a special video featuring parent-submitted photos of the students growing up set to music.

A reception followed in the Central Campus commons area. Best of luck to all of our departing 5th graders! 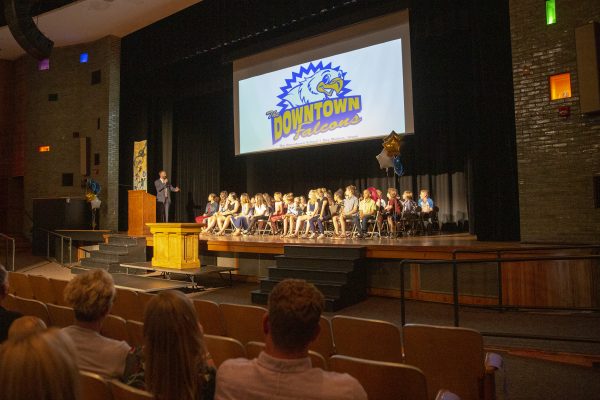