Last night fifth graders at the Downtown School celebrated their hard work at a drive-thru recognition ceremony. Each class arrived separately and circled around the drive, students waving and shouting at each other from their cars. Principal Robert Burnett talked with each group about appreciating their parents, their teachers, and their own hard work. Teachers handed out an envelope full of goodies to each student and lots of horns were heard throughout downtown. Teachers made signs and brought noisemakers to cheer for students throughout the night.

The event was, in many ways, the same as the annual DTS recognition ceremony. Before the end of the school year, students wrote essays about one another. Typically these are read aloud. This year they were commemorated in a keepsake book that students were given. Another highlight of the ceremony is a video with photos of all the students. This year, students and families were given the link to watch the video online instead.

It was a strange but fulfilling end to the year and the teachers couldn’t be prouder of our soon-to-be sixth graders! 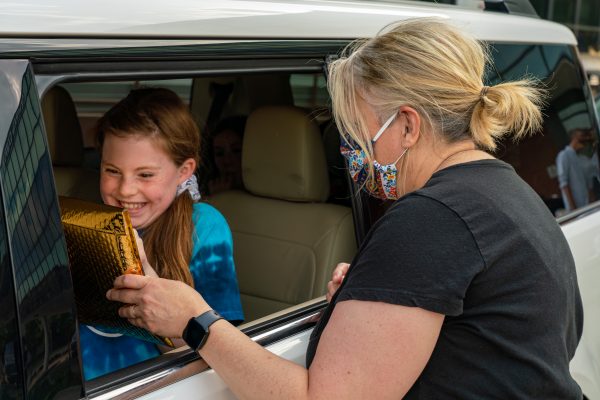